Curious to see what the fuss is all about? Want easy access to the smutty GN of the year on a platform you’re familiar with? Looking for some fun, filthy reading? Well, today’s your day!

Yes, Roya is the story of Wylie Kogan, aspiring cartoonist, and his once-in-a-lifetime meeting with his hero, the rich and famous artist Joseph Ahlstrom. The meeting takes an odd turn, though, when Wy discovers- and unthinkingly pilfers- some of his idol’s illicit fetish art. But his acquisition doesn’t go unnoticed, and puts him directly in the sights of Joe’s resolute and imposing wife, Roya.

Why not give it a shot? It’s Friday again! That means I get to announce the newest Iron Circus Comics title!

And this time the TITLE OF THE WEEK is Sparks, by Sarah W. Searle!

Set in the late Victorian era, Sparks begins with Patience, a kindhearted country girl, and her introduction into the world of formal service on the grounds of an English country manor. Selfless, dutiful, and just a touch naive, she takes to both her place as a parlor maid and to her new roommate, the bookish and progressive lady’s maid, Esther.

In another time, the two women would have likely kept one another’s company forever in their little attic bedroom, living out their days together in the employ of a Lord. But the world is changing. The age of Empire has brought with it not only plundered wealth, but worldliness and social revolution. Suffragists agitate in the street, idle-rich bohemians challenge sexual mores, and Patience and Esther slowly come to realize the world is wider and full of more adventure and opportunity than they ever imagined… so long as they find the will to seize it.

Thanks for reading, everybody! Don’t forget to follow creator Sarah W. Searle’s tumblr at @swinsea. And keep following us right here! We have MORE ANNOUNCEMENTS coming! Holy crapola, y’all, The Less Than Epic Adventures of TJ & Amal has just been nominated for a Harvey Award!

This nomination comes hot on the heels of an Eisner Award nomination, and a Lambda Literary Award WIN! @bigbigtruck, this is YOUR YEAR! 😀

Still haven’t read this critically-acclaimed, award-winning masterpiece? Get on this train, folks! TJ & A is available at Amazon, on Comixology, and via the Iron Circus shop! And the ICC shop not only has the TJ & A omnibus, but the special epilogue floppy and the sexy TJ side story, Kung-Fu Hustlers! Order soon, and your books SHIP TODAY.

Thank you again for voting for Less Than Epic, fellow comics pros! And please, don’t forget to help us seal the deal and vote on the final ballot! We’re under Best Graphic Album Previously Published! TITLE OF THE WEEK: Meal, by Blue Delliquanti!

The irrepressible Yarrow McMurray is a woman on a mission: A mission to put bugs in your burgers. Worms in your stir-fry. Maggots in your… muesli?

In short, Yarrow eats bugs. And cooks bugs! And loves bugs. Inspired and driven on her quest by short-tempered guiding force and employer Chanda Flores, she won’t rest until everybody else feels the same way, including her skeptical girlfriend Milani Spence.

Written in the spirit of classic food and cooking manga like Drops of God, Cooking Master Boy and Yakitate!! Japan, Blue Delliquanti, author of the critically acclaimed and Lambda Literary Award-nominated O Human Star, plans to bring Meal to ICC and adventurous readers in 2017!

Check out the artist’s tumblr at @bluedelliquanti! Happy Friday, everyone! Who wants to hear about Iron Circus Comics’ latest title?

TITLE OF THE WEEK: Crossplay, by Niki Smith!

Another Smut Peddler Presents erotica title, Crossplay is a graphic novel-length complete re-imagining of a much shorter story Niki’s told before, featured on Filthy Figments. Set at an anime con and starring a cast of college kids, it’s about discovering your sexuality and gender identity through fandom and cosplay; using what you love to figure out who you are, and what will make you happy.

Personally speaking, I’m really excited to see Niki take this on. Fan communities can be so important in more ways than one.

Check out the artist’s tumblr at @niki-smith! 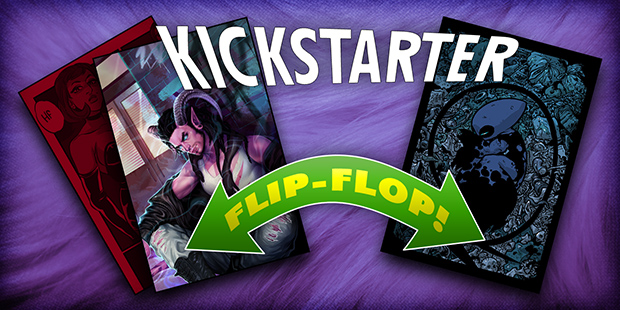 Hey, everybody! Big announcement to make: We’ve had a change to our publishing line-up!

The Smut Peddler Double-Header, originally scheduled for the end of August, turned out to be not-quite-ready for prime time. And, unexpectedly, Sophie Campbell’s Shadoweyes trade is ready for its close-up months and months early. So, they’re switching places!

That means the very first full-color trade paperback collection of Shadoweyes will be Kickstarted at the end of September! And Iron Circus’ first graphic-novel length smut comic, Yes, Roya, drawn by the incomparable ghost green and written by yours truly, will hit Kickstarter in December, along with and the brand new full-color Smut Peddler Presents: My Monster Boyfriend anthology.

Curious about Shadoweyes? Wanna try before you buy? You can read the whole comic here right now! Take a look, and see for yourself why I’m so excited to be Kickstarting this comic!

Join the Iron Circus mailing list to get the exact date of the Kickstarter the second we decide on it, so you can have first pick of the pledge levels… including the Early Bird level, limited to 50 backers and featuring free domestic and reduced international shipping! 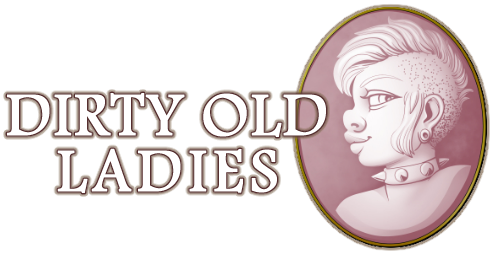 For the last two months or so I’ve been making a podcast with two of my pals, Kel McDonald and Amanda Lafrenais. It’s called Dirty Old Ladies, and it’s about comics.

We talk about comics as a business, comics as an art, and comics as a hobby. We get a li’l salty at times, so this podcast is definitely 18+ only.

Hit the brand-new podcast page for links. Subscribe to us on iTunes or tumblr, or listen a la carte over on Libsyn! 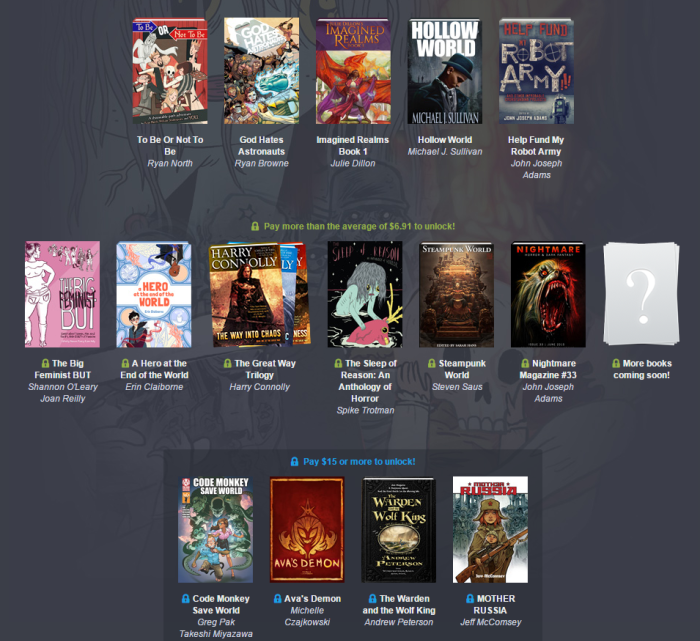 The Sleep of Reason,Iron Circus Comics’ 2014 horror anthology, is part of the latest ebook Humble Bundle!

If you buy now while the average is low (less than $8.00!), you’ll not only get awesome stuff like Julie Dillon’s Imagined Realms and Ryan North’s To Be or Not to Be, but ICC’s completely freakin’ TERRIFYING 300-plus page volume of stories by the likes of Evan Dahm, KC Green, Carla Speed McNeil, Melanie Gillman, and heaps more.

Head on over to Humble Bundle now to get it while the gettin’s good! 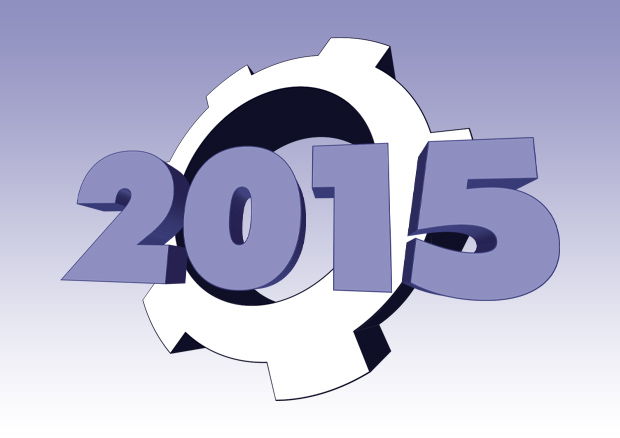 In the span of a single day, Amal Chakravarthy calls off his arranged marriage, comes out to his conservative parents, promptly gets disowned, goes on a bender . . . and wakes up the next morning to find TJ—a lanky, dreadlocked vagrant—frying eggs and singing Paul Simon in his kitchen.

TJ claims that the two have made a drunken pact to drive all the way from Berkeley to Providence. As it happens, Amal promised his sister he’d be there for her graduation from Brown University. And TJ, well . . . TJ has his own reasons.

New World is a black-and-white sci-fi/fantasy comic anthology about exploration, colonization, conquest, assimilation, going native, appropriation, imperialism, strained relations, and what happens when cultures collide. It will feature over 30 creators, and 25 stories of the truly strange.

Iron Circus Comics will launch its first Kickstarter for not one but two dirty books this upcoming summer! Smut Peddler Presents: My Monster Boyfriend will be our first full-color, themed anthology, and Yes, Roya will be our very first long-format smutty GN, a 130-page story by written by C. Spike Trotman and illustrated by ghostgreen of Slipshine fame!

Sophie Campbell‘s fantastic superhero webcomic returns to print in full color! Scout Montana is Shadoweyes, a shapeshifting crimefighter in the futuristic city of Dranac . . . that is, until she becomes trapped in her mysterious super-powered form, and forced to the fringes of the society she’s determined to protect. 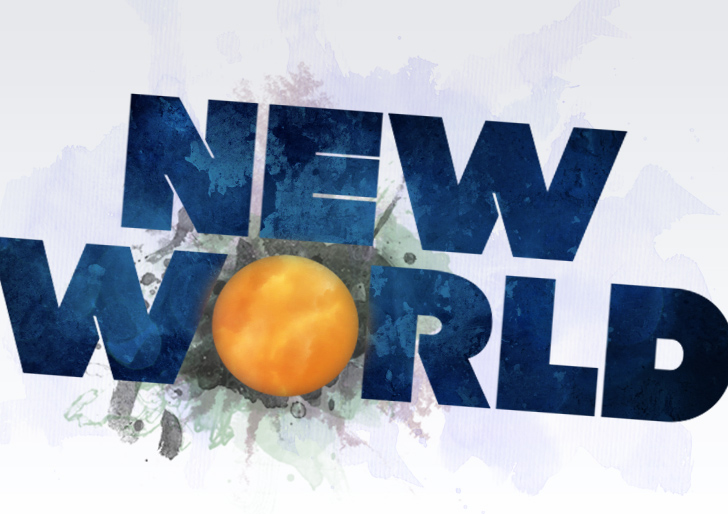 We are now taking story proposals for New World, a 300+ page fantasy/sci-fi anthology about collisions and intersections between cultures, species, and worlds.