In this visionary science fiction anthology, a striking array of new voices from across the field of comics tackles humanity’s biggest questions with a disarmingly small prompt: what would happen if we could escape?

A comics anthology about an Earth where anyone and everyone has access to the stars!

Six months from now, detailed schematics anonymously uploaded to the Internet will describe, in perfect detail, how to build a faster-than-light engine for $200 in easily-available parts. Space travel will become instantly—and chaotically—democratized. The entire cosmos will be within reach of all humankind. This is what happens next. 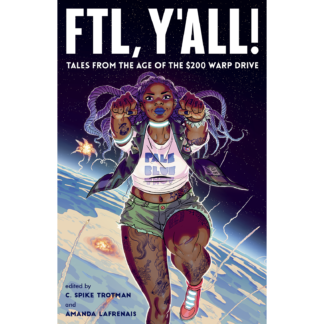