Will Patience & Esther escape their lives of servitude in the country for a life with one another? A turn-of-the-century WLW romance!

Patience, a kindhearted country girl, ekes out a living in Edwardian England, as tremors of social change rock the world around her. But when she begins her employment in formal service on the grounds of an opulent country manor, she has no idea that her own personal revolution is about to begin.

Selfless, dutiful, and just a touch naive, she takes to both her place as a parlor maid and to her new roommate, the bookish and progressive lady's maid, Esther.

In another time, the two women would have been happy to quietly keep in one another's company forever in their little attic bedroom, living out their days in the employ of a lord. But it's the dawn of a new age. The expanding empire has brought their country not only plundered wealth, but worldliness and new ideas.

Patience and Esther come to realize the world is wider and full of more adventure and opportunity than they ever imagined . . . so long as they find the will to seize it. 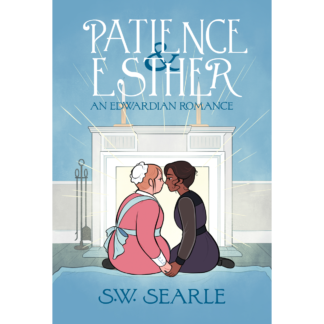